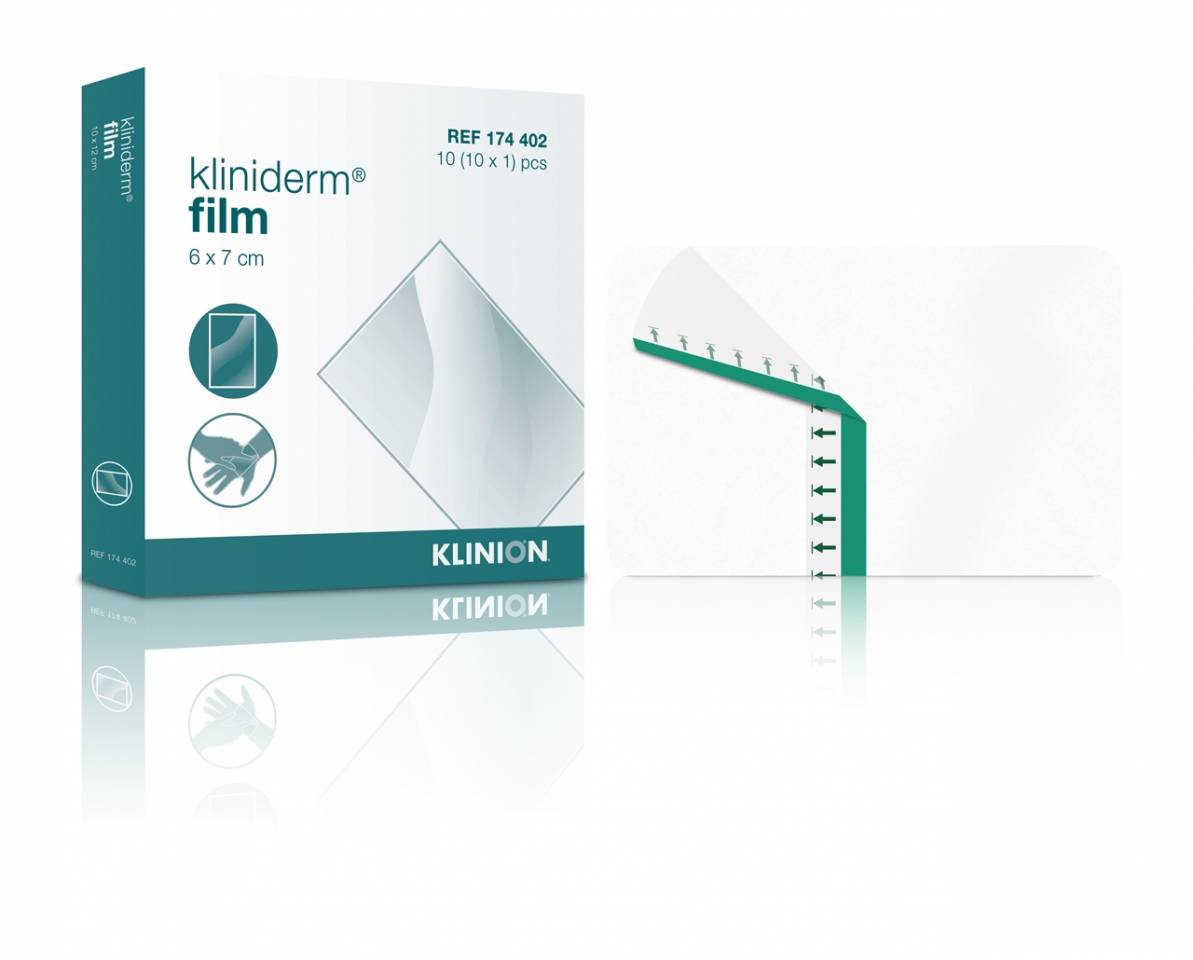 A wound film such as Kliniderm Film is particularly suitable for the treatment of 1st degree burns, donor sites, pressure points or their prevention, postoperative wounds and abrasions. In addition, Kliniderm Film is used for fixation and as a secondary wound dressing. It maintains a moist wound environment and therefore has a beneficial effect on the natural healing process. The transparent film allows the healing process to be closely monitored while it is impermeable to micro-organisms. In addition, you can shower with Kliniderm Film.